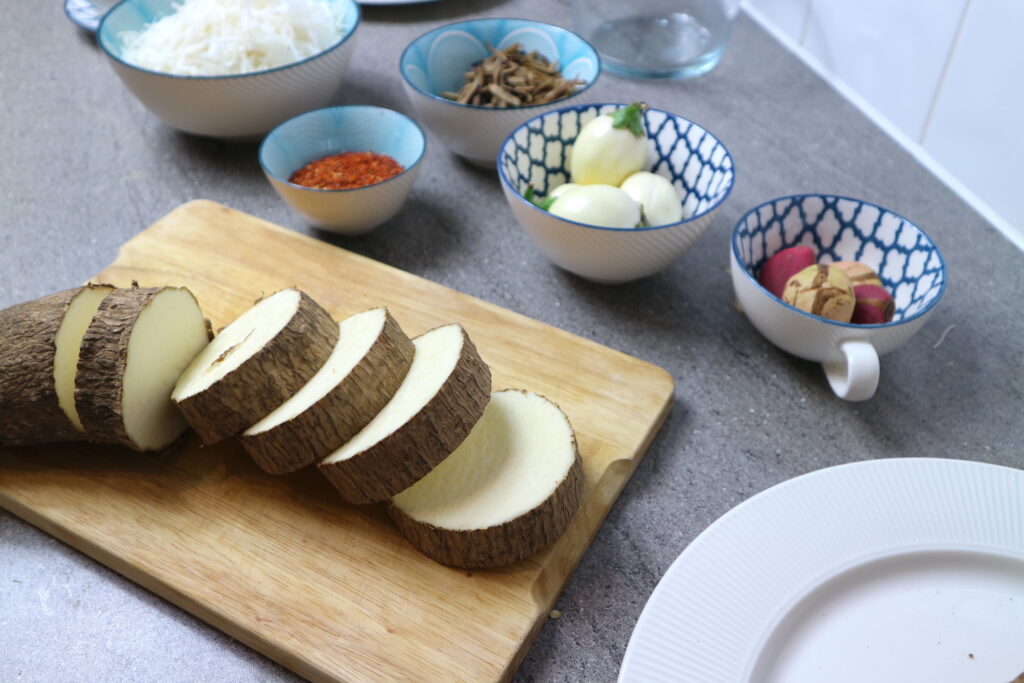 Ji is the Igbo word for yam, it is a staple food crop and one of the main starch vegetables harvested during the year. It is regarded as the king of all food crops in Igboland! It is planted from around February and harvested during Hamartan (dry season roughly Aug-September), followed by a deeply significant annual feasting session of celebration after a successful season of cultivation.
This festival is called IRI Ji, which means “new-yam eating”.

Traditionally yam is boiled and eaten with steamed and seasoned vegetables or cooked into a pottage called Ngwongwo Ji or Agworagwo Ji. It can also be roasted and served with fried palm oil and in more recent times yam is fried and eaten with similar condiments.

In some parts of Igboland especially during traditional marriage, pounded Yam is presented as a special dish served with a rich nutritious soup cooked with a combination of spices, meats and seafood such a Nsịkọ (Crab), Ejula (snail), Okporoko (Stockfish), Ugo (Pumpkin leaf), and thickening such as ground Egusi (melon seed), Osu (melon balls: ground Egusi Seed, mixed and rolled into a ball and boiled into the soup.)