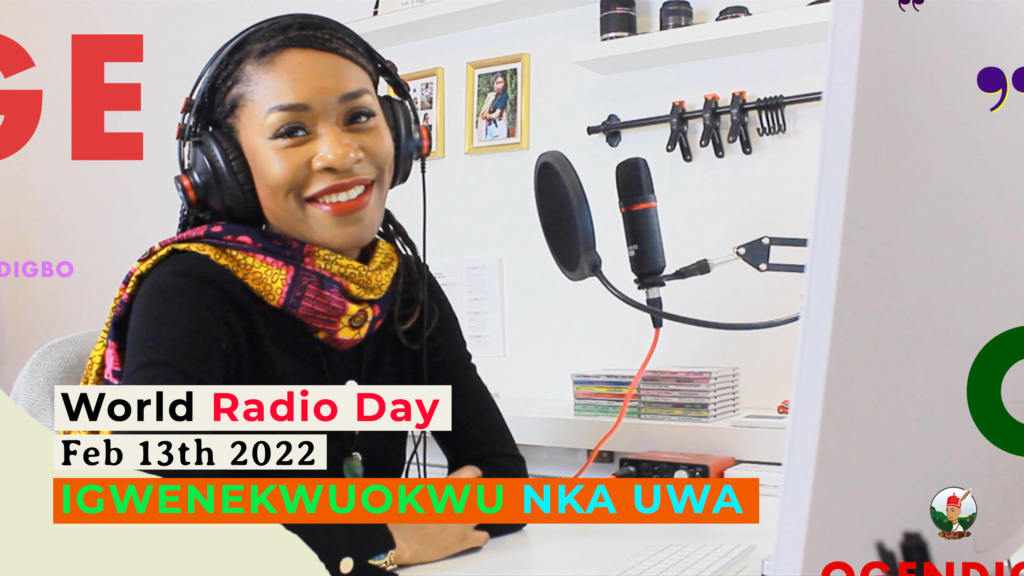 On 3rd November 2011 during the UNESCO (Member States of UNESCO)‘s 36th conference, the Board decided that February 13th will be World Radio Day (WRD). It was adopted by the United Nations General Assembly in 2012 as an International Day which is also the anniversary of the day that the United Nations established the United Nations Radio.

Radio remains the most widely consumed medium at an international level, with its ability to reach into the corners of the earth and influence society’s understanding of itself, and our experiences, standIng as an arena for all voices to speak out, be represented and heard.

CLICK THE VIDEO to find out more about OGENDIGBO’s journey in radio.