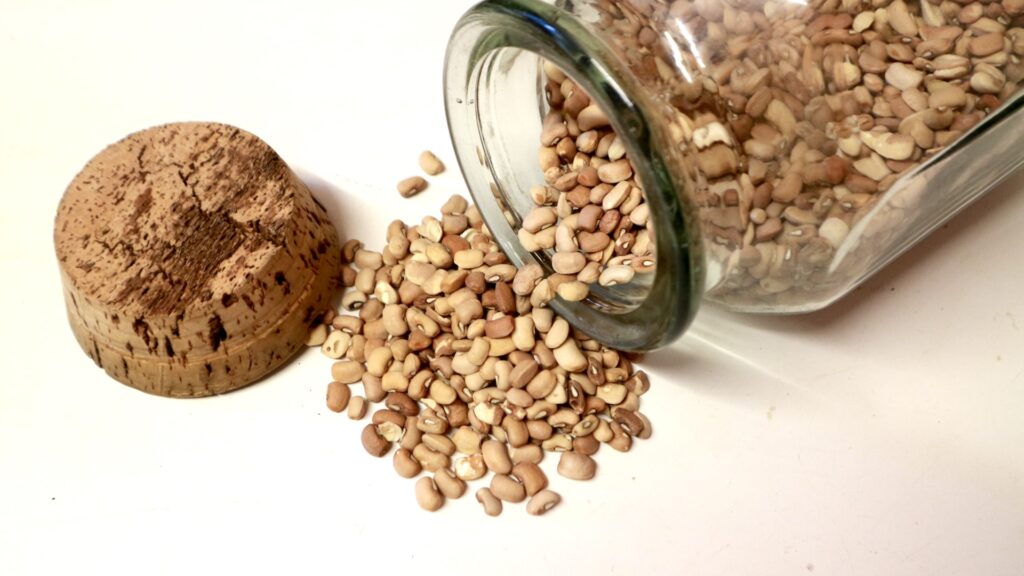 Agwa is a variety of beans indigenous to Igboland, also known as black – eyed peas or cow pea, it is famous for the single black spot in its centre.

They begin as green seeds in a pod fruit from a pea flower and are left to mature inside until they become hard. When they are ripening the pod begins to dry and turn brown and the pea turns to a pale brown or cream complexion. Sometimes the pods open up and the peas fall out and can be gathered from the ground.

It is planted during the rainy season ( around February ) as the land is naturally fertile. Irrigation is not common or encouraged for this particular crop so traditionally in Igboland the season is followed accordingly for plantation. Agwa is rich in calcium, iron , potassium and is great source of protein, it is usually women who deal in the cultivation of Agwa in Igboland.

It can be boiled into a pottage with yam and plantain, blended with spices and wrapped to be steamed into Moi Moi or fried into Akara.