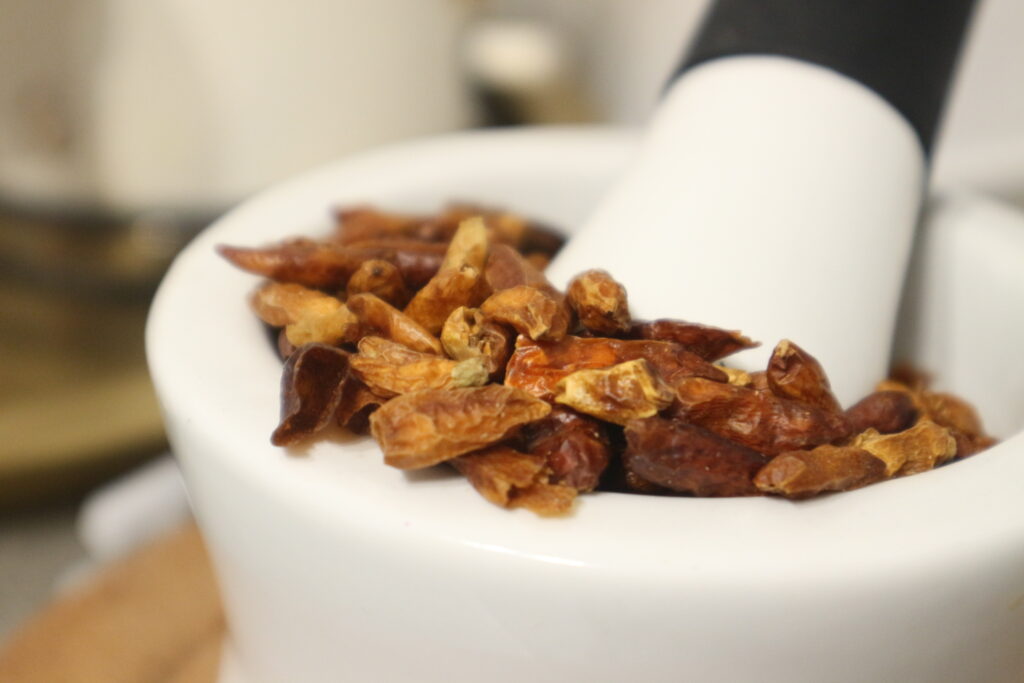 Ose also know as Capsicum or Cayenne pepper in other languages, is a traditional fruit harvested in Igboland. It is planted during the rainy season ( around February ) as the land is naturally fertile. Irrigation is not common or encouraged for this particular crop so traditionally in Igboland the season is followed accordingly for plantation. It is mainly women who deal in the harvesting of Ose.

You can pluck Ose while it is green and when fully ripened in its red colour, it can be eaten fresh or dried in the sun to be ground with a mortar and pestle into a powder.

Ose can also be chopped, sliced, cooked and used as a hot spice for flavour or an aromatic seasoning in rice dishes, soups, salads or fried with palm oil into a condiment for Ose Oji.